In its second trial loss in less than 3 months, Johnson & Johnson has been ordered to pay $55 million by a St. Louis jury to Gloria Ristesund, who had claimed that using the company’s talc-powder products led to the development of her ovarian cancer. Carol Goodrich, spokeswoman for Johnson & Johnson, believes that the […] 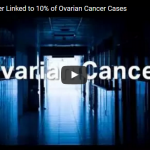 The firm, Gacovino & Lake, talk about the risks of Talcum Powder in this video.

The hits just keep coming for Johnson & Johnson, and now its … END_OF_DOCUMENT_TOKEN_TO_BE_REPLACED

In its second trial loss in less than 3 months, Johnson & … END_OF_DOCUMENT_TOKEN_TO_BE_REPLACED